Way back in 1984, a low-budget movie titled The Terminator became a hit with moviegoers which greatly helped the careers of Arnold Schwarzenegger, Linda Hamilton and writer-director James Cameron. Terminator 2: Judgment Day became a massive hit worldwide in 1991 establishing the Terminator franchise as an important one leading to more movies (released in 2003, 2009 and 2015), video games and even a TV series. Oh yes, the upcoming film Terminator: Dark Fate will be released very soon and it now involves James Cameron.

Way back in 1990, a follow-up to the 1984 classic was released that did NOT involve Schwarzenegger, Cameron and Hamilton at all. The follow-up was a 4-issue mini-series titled The Terminator and was published by Dark Horse Comics which back then was licensed to do comic books of the Terminator franchise.

This is my review of The Terminator #1, written by John Arcudi and drawn by Chris Warner with ink work by Paul Guinan. 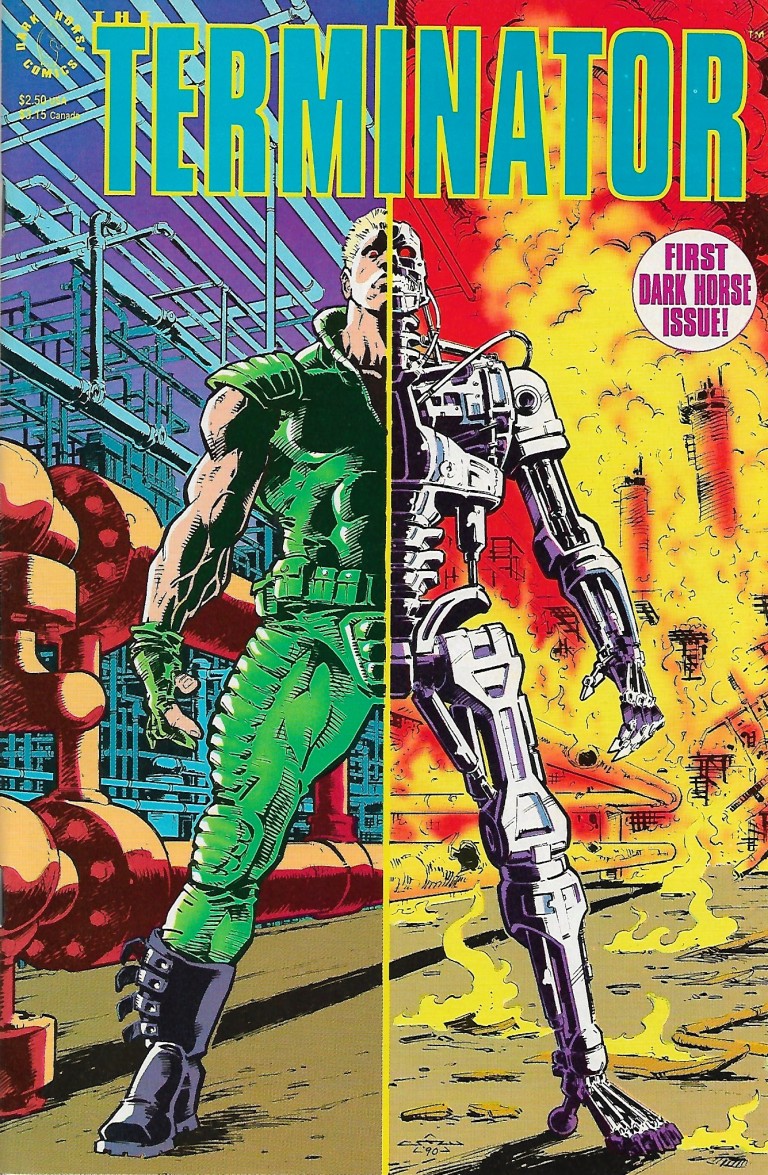 The comic book opens in the year 2029. In the ruins of Los Angeles, a band armed humans struggle against the machines of Skynet during the night. They infiltrate a facility to find one of Skynet’s time displacement chambers which they learned previously from their leader John Connor. Thanks to Connor’s intervention, Skynet’s attempt to change history failed but the big catch is that only a prototype of the time displacement chamber was discovered. The final model of the chamber remains. 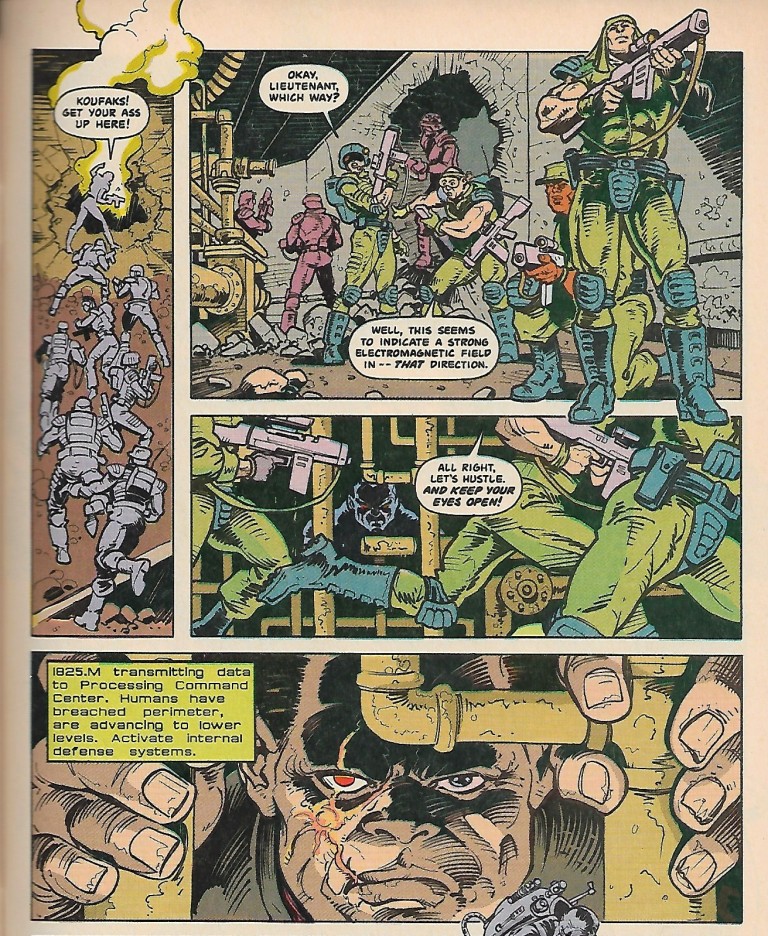 As the armed guys make their way through, a Terminator watches them secretly….

When it comes to the writing, I can clearly see that John Arcudi (best known for The Mask) exerted effort to make this comic book relevant to the 1984 movie using key details such as the humans operating on the field only at night time (because Skynet will easily detect them during the day). Arcudi, however, expanded a bit on the franchise’s cinematic elements by emphasizing the use specific machines (steel-and-chrome wombs or tissue-generating chambers) to cover Terminator units with flesh and blood, and most notably, the use electronic communication between Terminator units which resemble telepathy among humans.

Cyberdyne, the fictional corporation heavily emphasized in Terminator 2, made an appearance in this comic book. With regards to Skynet, Arcudi emphasized that the living network was a lot more resourceful than what the movies suggested. The comic book has a nice build-up and along the way, the use of expository dialogue was pretty efficient and they are quite helpful for readers to grasp the story and key details.

With regards to the art work, Warner’s art style has that somewhat cartoony aesthetic on not just the humans but even on the machines. There were several Terminator units displayed without the flesh and from the way they were drawn, I could not even tell if those units were the T-800 type. Warner’s drawings on the physical environments carry a good amount of detail.

While Warner’s drawing has a cartoony aesthetic, the illustrated action is pretty violent and has quite an impact in some shots. There are some bloody images and implied nude shots as well.

What can I say? I bought The Terminator #1 at the Hobby Con this past weekend out of pure curiosity. After reading it thrice, I should say that I found this comic book proving to be better than what I expected. It is a surprisingly good read and the fact that this was published roughly a year BEFORE the release of Terminator 2: Judgment Day, I found this to be a worthy follow-up to the 1984 movie. In fact, it’s so good a follow-up I’d rather read it than waste my time watching Terminator 3: Rise of the Machines, Terminator Salvation and the very awful Terminator: Genisys.

As such, I declare that The Terminator #1 is recommended.