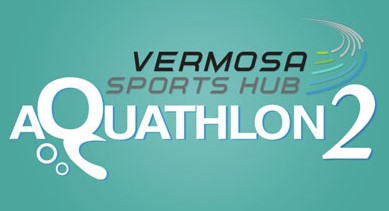 Among the ladies in the event supported by Vermosa Sports Hub, Avida, Smart, Standard Insurance, official timer Garmin, SPEEDO, Apollo Petroleum Jelly and hydration partners Pocari Sweat and Sip Purified, Erika Nicole Burgos started very strongly in the swim leg (event best swim of 14:46) and maintained her lead to capture the Female 15-17 title in a total of 50:43. Her competitor in the Female 15-17 category, Olivia Kwon, finished next in 55:02 while Female 30-34 champion Nancy Giganon registered the 3rd fastest standard distance time with 1:00:27.

Apart from awarding the winners of the aquathlon, the Top Aquathletes of the Vermosa Sports Hub Multisport Series 2019 (composed of three events) were declared and awarded accordingly by the organizers. Their respective names and final series scores are available for viewing at BikeKingPhilippines.com

“My series victory today was somewhat unexpected as I was supposed to be off-season now. Because I already participated in the first two events of the Vermosa Sports Hub Multisport Series this year, I decided to compete today and I got rewarded. This was a fulfilling race and I like racing in this venue,” said Raymund Velasco of Team Sante Barley who won the male 30-34 title for 2019. He was the champion of his category in the first aquathlon (March) and the sprint triathlon (June) that were part of the series.

The Vermosa Aquathlon is Vermosa’s signature event, now on its 3rd Leg.  Vermosa Sports Hub (VSH) is a complete one stop-training facility for triathletes and sports enthusiasts.  The first development in the country that integrates an Olympic-size pool, football field, track oval and sports and science laboratory.  Follow Vermosa in Instagram and Facebook for event details and reservations: @Vermosaph