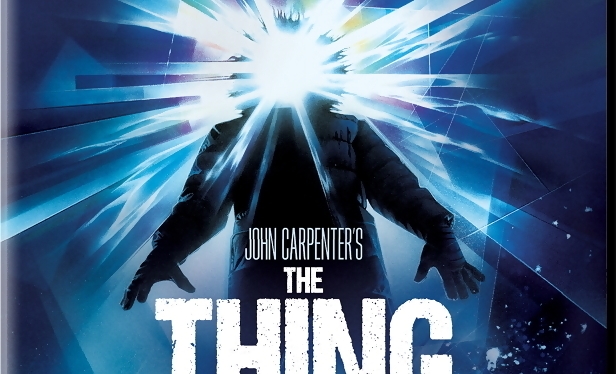 Calling all fans of director John Carpenter and star Kurt Russell as well as Blu-ray collectors fond of science fiction and horror films!

Get ready because Carpenter’s classic sci-fi horror film The Thing (1982) will be released in 4K Blu-ray format (in a combo including the Blu-ray disc and digital code) on September 7, 2021. In addition, those who insist on having the best 4K visuals with the classic movie will be delighted over the early confirmation that The Thing has been rendered in native 4K.

As of this writing, there is no suggested retail price yet. Still, here are the product descriptions and specs from Blu-ray.com’s articles about The Thing 4K Blu-ray. Some parts in boldface…

For those who are not too aware about this old sci-fi horror movie, The Thing tells the story of an American research team stationed in Antarctica whose lives turn upside-down after a sled dog comes to them after being hunted by a helicopter from the Norwegian research team.

Historically speaking, The Thing was released in cinemas in the United States just two weeks after Steven Spielberg’s E.T. the Extra-Terrestrial. The Carpenter-directed space alien monster film was trashed by movie critics of the time and in the American box office, Spielberg’s movie about a friendly alien creature from outer space was simply unbeatable. As time passed by, The Thing found its audience on TV and home video and its critical reception turned from negative to positive overall. In the awards circuit, The Thing was nominated for Best Horror Film and Best Special Effects (credit to Rob Bottin who went on to work on effects for RoboCop and Total Recall) in the 10th annual Saturn Awards given by the Academy of Science Fiction, Fantasy and Horror Films. Fans of actor Keith David will want to see his performance in this particular film. David also went on to work again with John Carpenter years later.

To get to know more about John Carpenter’s The Thing through trivia, watch the video posted below from Minty Comedic Arts. Be warned of potential spoilers…

For more entries of my Better than Streaming series of articles, check out my pieces on The Beastmaster 4K Blu-ray, The Transformers: The Movie 4K Blu-ray, Mortal Kombat 2021 4K Blu-ray, Space Jam 4K Blu-ray and V: The Original Miniseries Blu-ray disc of Warner Archive (read my retro review).

One thought on “Better than Streaming: John Carpenter’s The Thing 4K Blu-ray combo coming out on September 7, 2021”